Showing posts from October, 2011
Show All

By Biswajit Sengupta - October 23, 2011
This review on Eric Clapton's album appeared in Mint and authored by Rudraneil Sengupta who is himself a practicing musician and his love for jazz even drew him to New Orleans, USA which happens to be the Mecca of Jazz. It is recommended for music lovers and serious students of jazz. Comments and feedbacks from scholars on jazz are most welcome.

To receive these alerts regularly please go to livemint.com and register, its Free.

livemint.com - Mapping India | We the speakers

By Biswajit Sengupta - October 22, 2011
ON LANGUAGES SPOKEN IN INDIA


Did you know that India is one of the richest multilingual countries in the world ?


Did you know that out of 600 languages in India 198 languages are threatened with extinction,more than anywhere else in the world ?


Did you know that a Greater Andamanese language is believed to be 65000 years old ?


Startling facts as revealed by Rudraneil Sengupta in his remarkable article published in Mint on 8 October 2011.

Mapping India | We the speakers
Just how many languages co-exist in India? A new survey is throwing up some startling figures
Click here to view full story

To receive these alerts regularly please go to livemint.com and register, its Free. 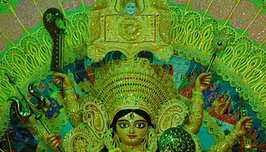 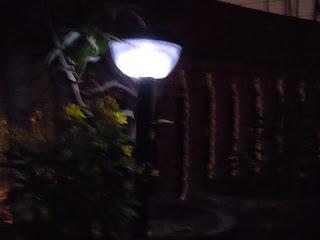 
It enhances the aesthetics of your garden in the night.

No installation hassles, no wiring . JUST PLANT IN YOUR TUB OR GARDEN AND FORGET. WILL LIGHT UP AUTOMATICALLY AT SUNDOWN 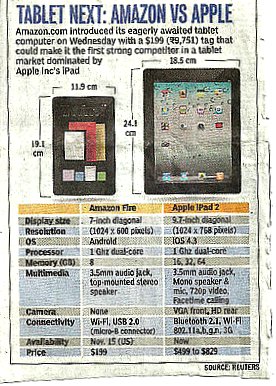 KINDLE FIRE, the first Tablet launched by Amazon will be ready for shipping from November 15 2011. This tablet runs a highly modified version of Android. Being primarily a device for reading books, consuming Amazon audio and video content and web content through a special hosting service, it supports file formats Kindle(AZW),pdf,mobi,doc,jpg,mp3,mp4, and more.CPU is 1GHz dual core,8 GB storage, 512 MB RAM it has a battery which allows 8hrs reading / 7.5hrs video.7.5x4.7x.45 inches - that's all to be a cute palm top.


AMAZON INTRODUCES ITS FIRST TABLET COMPUTER
PRICED AT $199
Amazon introduces a smaller and affordable Tablet Computer of 8GB memory. Will be available from USA w.e.f 15th November 2011 and priced at $199 it will be cheaper by about $300 from 16GB Apple iPad 2. Its INR tag will be Rs 9751/- a…
Post a comment
Reactions:
Read more
More posts